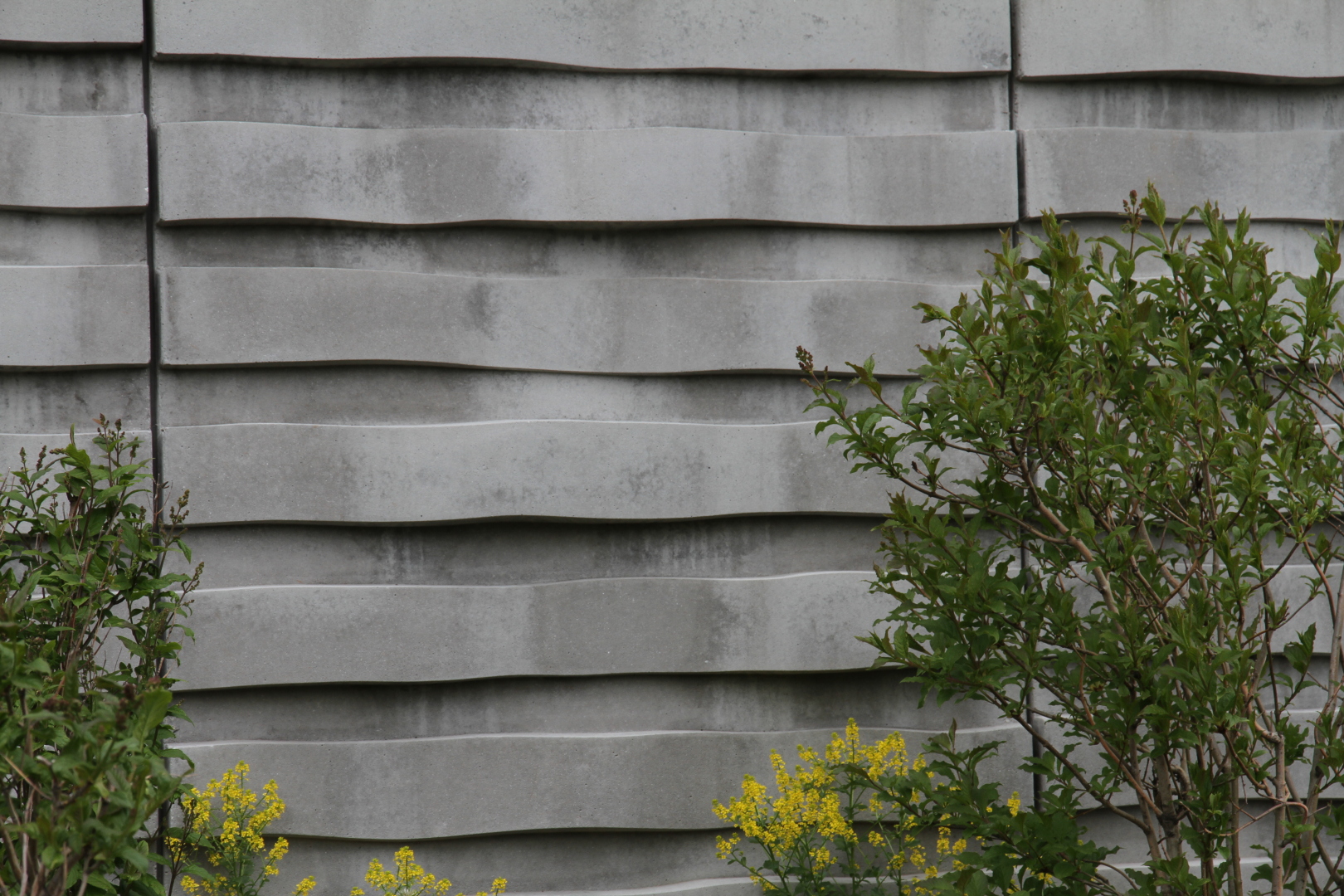 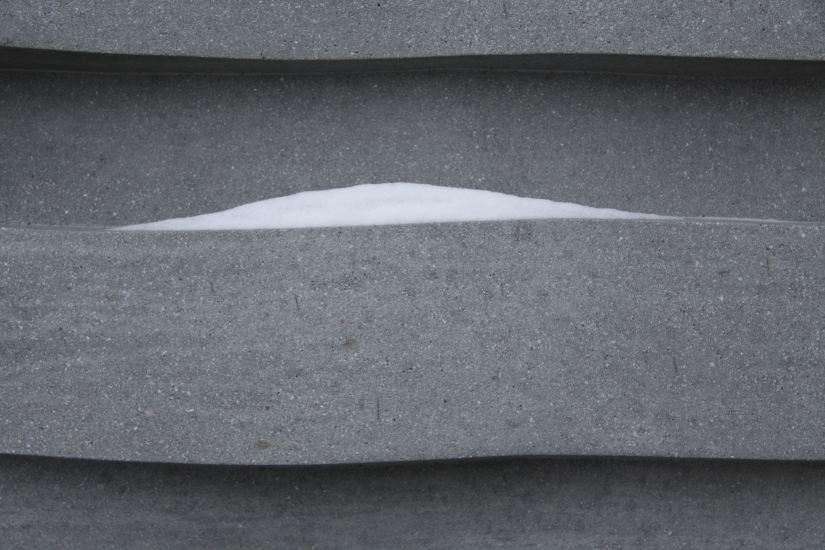 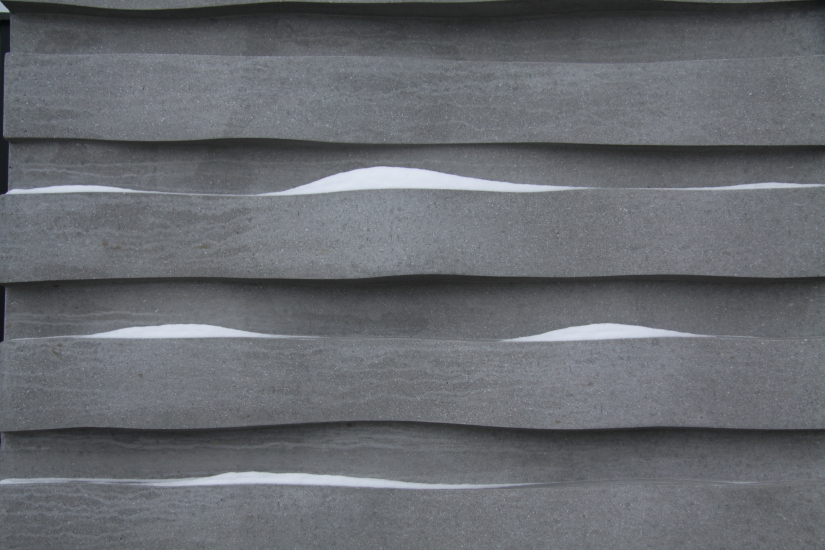 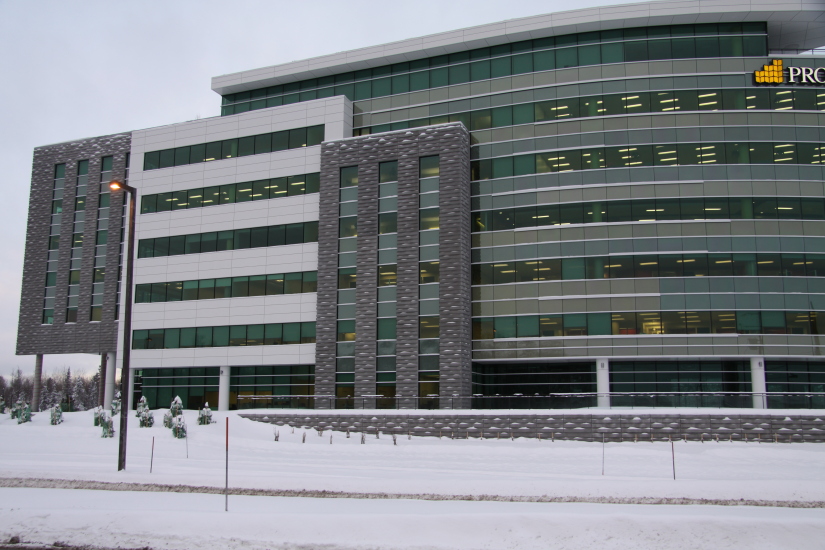 Employee satisfaction was a key goal for the owners of this commercial building in a newly developing area of Quebec. So was achieving LEED-NC gold certification and providing an aesthetically pleasing appearance that set a strong identity for the structure. All these goals were reached with help from the architectural precast concrete panels, many of which feature a wave pattern that adds depth and contrast to the facade.

The designers worked closely with the precaster, using building information management software to devise the shapes and depths needed to create the undulating pattern. The software allowed the architect, engineer, and precaster to work together quickly to make adjustments as needed.

An artist collaborated with the designers and precaster to achieve the best look for the waves. The shapes were created with formliners, and the panels were cast with large joints to create the final look. Gray concrete with black pigment and a light sandblast added contrasting shades. ?What we all liked was the very strong planar qualities of the precast concrete,? says Bob Powers, a member of the buildings awards jury. ?It provided a nice contrast to the curving glass forms. There was a very honest and rational approach of concrete, and the use of texture added a lot of visual interest to the project.?

The precast concrete panels also helped achieve LEED certification, thanks to attributes such as high thermal mass, local manufacture, and recyclability. Constructors recycled about 85% of all construction waste, representing 440 tonnes (970,000 lb). The plumbing equipment reduces water use by 60% over more traditional fixtures.

The building offers a variety of amenities, including a daycare facility, gymnasium, and restaurant. Natural light was encouraged and supplemented by T5 fluorescents, volumetric diffusors, and sun captors. These features and overall interior layouts were planned to encourage productivity and reduce absenteeism, resulting in higher retention rates.

The project won the ENERGIA award from the Institute of Urban Development and became the first commercial building in Quebec City, QC, Canada, to be certified LEED-NC gold. The building was designed to reduce energy consumption by 50% in relation to the national code of energy for commercial buildings. 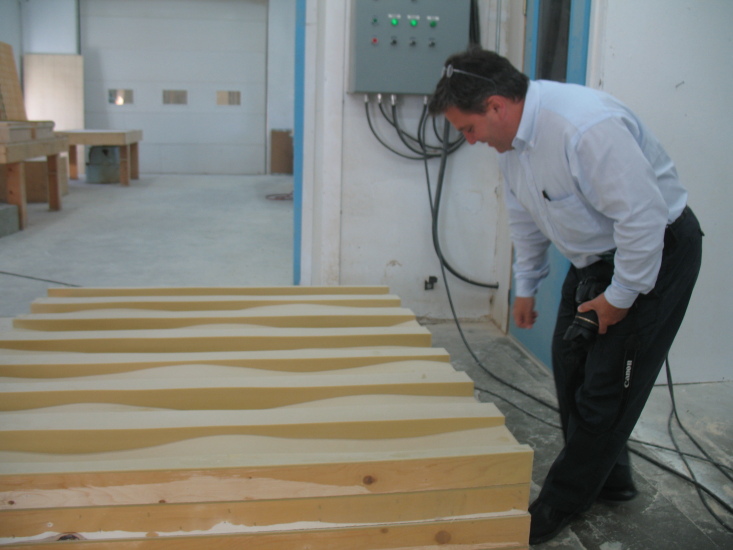 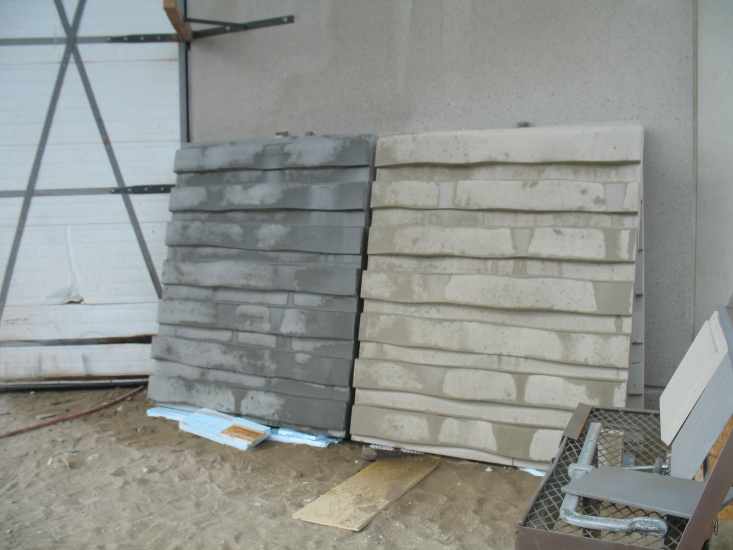 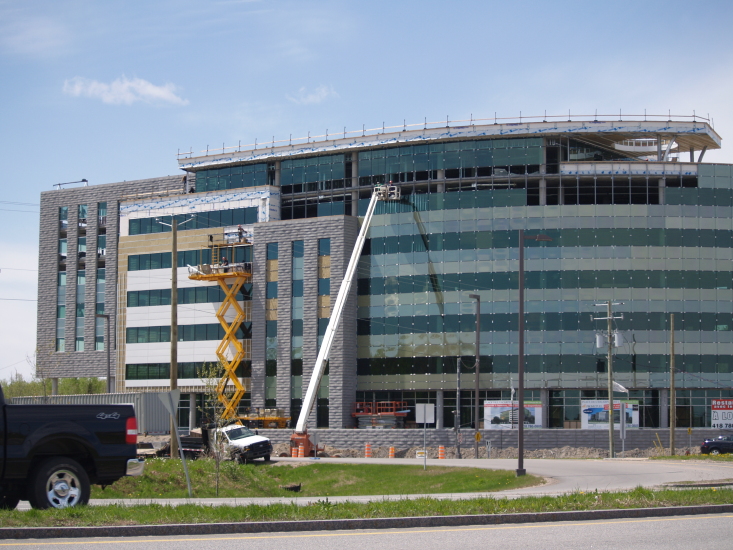